Your browser (Internet Explorer) is out of date. It has known security flaws and may not display all features of this and other websites. Click here to Learn how to update your browser.
Home › People › Martin Barrass 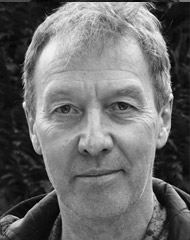 This is Martin’s first appearance at the New Vic.

Theatre credits include: And Did Those Feet (Octagon Theatre Bolton); Long Live The Kings Of Hull (New Theatre Hull); The Hypocrite (RSC/Hull Truck); The Shepherd’s Life (Theatre by the Lake); One Man, Two Guv’nors (`NT/Theatre Royal Haymarket); The Railway Children (York & Kings Cross); Wind in the Willows, She Stoops to Conquer, The Elephant Man, Peter Pan and Laurel and Hardy (York Theatre Royal);  School for Clowns (Stephen Joseph Theatre); Honeymoon Suite, Toast, Ladies’ Day, Up On The Roof, Bouncers, Up ‘n’ Under and Teechers ( Hull Truck).

Martin has also played over 30 consecutive seasons in the York Theatre Royal pantomime.

Television and Film credits include: Emmerdale, The Bill, Heartbeat, The Firm, Remembrance (Film 4).

Martin trained at: the Webber Douglas Academy of Dramatic Art.