Your browser (Internet Explorer) is out of date. It has known security flaws and may not display all features of this and other websites. Click here to Learn how to update your browser.
Home › People › Robyn Sinclair 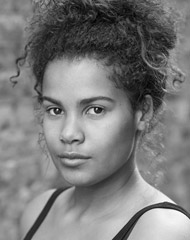 This is Robyn’s first appearance at the New Vic.

Robyn was part of the National Youth Theatre in 2011 and graduated from Royal Central School of Speech and Drama in 2017.