Your browser (Internet Explorer) is out of date. It has known security flaws and may not display all features of this and other websites. Click here to Learn how to update your browser.
Home › People › Suni La 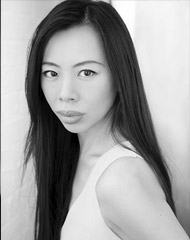 This is Suni’s first appearance at the New Vic.

Suni is starring in the short film The Collector, directed by Mingyu Lin (Does my Bomb Look Big in This) which won runner-up prize in Enter the Pitch, and will enter final production this summer.

Suni La trained at the Academy of Live and Recorded Arts (ALRA) London.