Your browser (Internet Explorer) is out of date. It has known security flaws and may not display all features of this and other websites. Click here to Learn how to update your browser.
Home › People › Matt Hassall 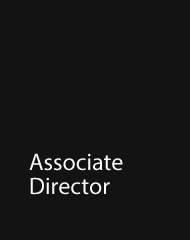 Matt is Director of the Royal Exchange Young Company and is a Resident Director at the Almeida Theatre. Earlier this year the Young Company were named School of the Year in The Stage Awards.

Previous shows at the Royal Exchange include: As director: Mixtape, We Were Told There Was Dancing and The Factory (Manchester Theatre Award nominee).

As Associate Director: Nothing with Bryony Shanahan and Brink with Matthew Xia

As Assistant Director: All I Want Is One Night with Sarah Frankcom.