Your browser (Internet Explorer) is out of date. It has known security flaws and may not display all features of this and other websites. Click here to Learn how to update your browser.
Home › People › Øystein Kanestrøm 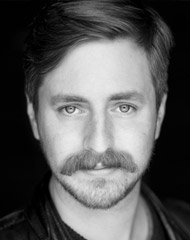 This is Øystein’s first appearance at the New Vic.

Whilst training, theatre credits include: The Tempest, The Snow Queen

Øystein Schiefloe Kanestrøm is originally from Verdal in Norway, and graduated in 2017 with a BA Acting from The Royal Conservatoire of Scotland (RCS) in Glasgow. Before this he studied drama and theatre studies for two years at Norwegian University of Science and Technology and has had a background in local theatre in both Verdal and Trondheim.