Your browser (Internet Explorer) is out of date. It has known security flaws and may not display all features of this and other websites. Click here to Learn how to update your browser.
Home › People › Alicia McKenzie 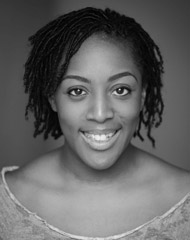 Television and Film credits include: You Can Do Better (Pilot); Asylum (Solent TV), In a Rush (Shea Black Productions).

Alicia studied at Royal Holloway, University of London, first obtaining a BA Hons in French and Italian before going on to do an MA in theatre. She trained as an actor at Identity Drama School and performed in 3 showcases. Alicia is also an alumnus of both the National Youth Theatre, and National Youth Music Theatre.