Your browser (Internet Explorer) is out of date. It has known security flaws and may not display all features of this and other websites. Click here to Learn how to update your browser.
Home › People › Anna Poole 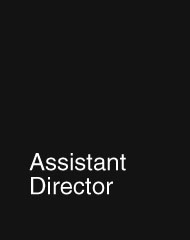 She has previously been a Theatr Iolo Platfform Artist, a Birmingham Rep Foundry Artist, an Emerging Director at National Theatre Wales. Youth and Community Associate at Sherman Theatre and a Jerwood Assistant Director at the Young Vic.

As resident Assistant Director for the New Vic productions include: Intemperance, The 39 Steps, The Wind In The Willows, Astley’s Astounding Adventures and Queens of the Coal Age.