Your browser (Internet Explorer) is out of date. It has known security flaws and may not display all features of this and other websites. Click here to Learn how to update your browser.
Home › People › Bryn Holding 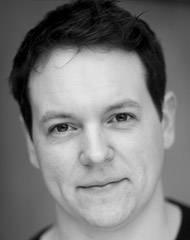 As an assistant director: An Enemy of the People (JustJones&); Coriolanus (Justjones & currently in research and development).

Bryn is associate director for Hammerpuzzle Theatre co and will direct their 2016 co-production with the Everyman Theatre, Cheltenham. He is a founding director of London based Scaffold Shakespeare Company and regularly works as a freelance theatre practitioner both in this country and abroad.