Your browser (Internet Explorer) is out of date. It has known security flaws and may not display all features of this and other websites. Click here to Learn how to update your browser.
Home › People › Conrad Nelson 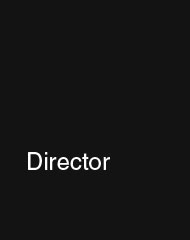 Conrad’s career spans over twenty-five years and boasts a vast body of work as director, actor and composer. He has recently stepped down as Artistic Director of Northern Broadsides and runs Claybody Theatre with Deborah McAndrew here in Stoke-on-Trent. He is delighted to be returning to the New Vic to direct Brassed Off.

For Northern Broadsides: the gothic melodrama The Bells, Blake Morrison’s Lisa’s Sex Strike, George Orwell’s 1984, adapted by Nick Lane,  Government Inspector and The Grand Gesture. She Stoops to Conquer, The Winter’s Tale, Hard Times and Dario’s Fo’s Accidental Death of an Anarchist and They Don’t Pay? We Won’t Pay! both adapted by Deborah McAndrew.

TV: Apparitions, Coronation Street, Without Motive, Waterloo Road and Only Fools and Horses.

Radio: A Kind of Loving, Sense and Sensibility, Yerma, Silas Marner, Reeds in the Wind, Nosferatu and Stone.

Films include: Dancin’ Thru the Dark and Much Ado About Nothing.