Your browser (Internet Explorer) is out of date. It has known security flaws and may not display all features of this and other websites. Click here to Learn how to update your browser.
Home › People › Emma Manton 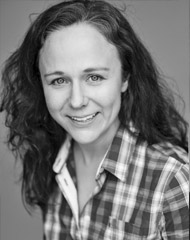 As a Producer, Emma has worked with the National Theatre on Moving Stories.

She was awarded the 2017 Olwen Wymark Theatre Encouragement Award by The Writer’s Guild.