Your browser (Internet Explorer) is out of date. It has known security flaws and may not display all features of this and other websites. Click here to Learn how to update your browser.
Home › People › Frances Marshall 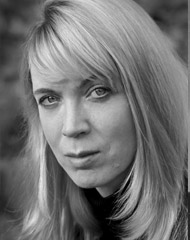 Frances has appeared at the New Vic in Stephen Joseph Theatre Productions.

Frances trained at the Webber Douglas Academy of Dramatic Art and has a degree in Drama from the University of Hull.

Previous work at SJT includes: Anthea in Joking Apart and Caroline, Eva and Pat in A Brief History Of Women, which then went on to 59E59 Theaters in New York.

Other theatre credits include: The Secret Garden, The 39 Steps, Angela in Abigail’s Party, Jane in Fallen Angels, Swallows and Amazons, Rogue Herries, The Maid of Buttermere (Theatre By The Lake); The Massacre at Paris (Rose, Bankside); Phyllis in The Railway Children (York Theatre Royal/NRM); The Busybody (Southwark Playhouse); Private Resistance (Eastern Angles); The Merry Wives of Windsor (Stafford Festival Shakespeare).

Audio credits include: The Sacrifice of Sherlock Holmes (Big Finish).

Other credits include: Actor/Director for Shakespeare’s Globe Read Not Dead project. Writer/Director for Report For Court (Hampton Court Palace).
@fran_marshall21