Your browser (Internet Explorer) is out of date. It has known security flaws and may not display all features of this and other websites. Click here to Learn how to update your browser.
Home › People › Leigh Symonds 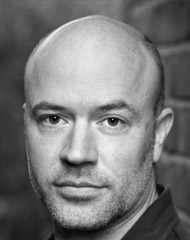 Leigh has appeared at the New Vic in Stephen Joseph Theatre Productions.

Leigh trained at Manchester Metropolitan University and is well known to Scarborough audiences having appeared in last year’s Better Off Dead and Joking Apart; 2017’s Taking Steps; The Karaoke Theatre Company and Consuming Passions (both 2016) and, in 2014, in Roundelay. His other appearances at the SJT in recent years include Andy in The Hoarder, Dr Bradman in Blithe Spirit and Mr Ratus in The Nutcracker.