Your browser (Internet Explorer) is out of date. It has known security flaws and may not display all features of this and other websites. Click here to Learn how to update your browser.
Home › People › Lis Evans 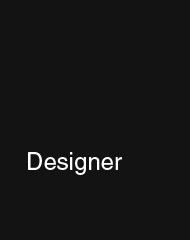 As Resident Designer for the New Vic, Lis has designed over 120 productions including: Much Ado About Nothing (Northern Broadsides co production, and International tour); Costume for The Wind in the Willows, Treasure Island, Astley’s Astounding Adventures, Set and Costume designs for Playhouse Creatures, The Pitmen Painters, Around The World In 80 Days (2017 co-production with Kenny Wax Family Entertainment, Simon Friend and Royal Exchange – winner of the Cameo Page to Stage Award); Dial M for Murder, Cyrano (co-production with Northern Broadsides), The Snow Queen (winner of UK Theatre Award for Best Show for Children and Young People);The Mountaintop, Talent, Diana of Dobson’s, Robin Hood & Marian, The Hoard Festival, Dracula, Merry Wives, Around The World In Eighty Days (2014 co-production with the Royal Exchange; 2013); I Don’t Want to Set the World on Fire!, An August Bank Holiday Lark, The Hundred and One Dalmatians, Stones in His Pockets, Talking Heads, A Christmas Carol, Proof, Spring and Port Wine.

Lis has contributed to the National Life Stories collection for the British Library’s sound archive.