Your browser (Internet Explorer) is out of date. It has known security flaws and may not display all features of this and other websites. Click here to Learn how to update your browser.
Home › People › Naomi Petersen 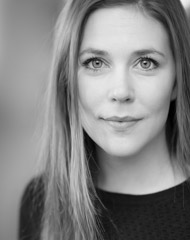 Naomi as appeared at the New Vic in Stephen Joseph Theatre Productions.

Naomi was delighted to return to the Stephen Joseph Theatre after first performing there last summer.

Naomi is Head of Creative Development at leading London improv comedy theatre The Free Association, where she also teaches and performs.