Your browser (Internet Explorer) is out of date. It has known security flaws and may not display all features of this and other websites. Click here to Learn how to update your browser.
Home › People › Alex Weatherall 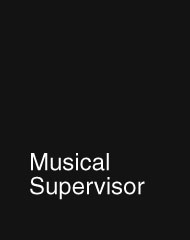 Alex has worked extensively in many facets of the music and theatre industry.  As an actor and singer he has appeared in the West End, sung session vocals, performed in cabaret and production shows and toured the UK and Europe with various musicals and light opera. He has also sung for HM The Queen, featured in an art installation in Berlin and performed in a tent on a safari park!

As a musical director, orchestrator and arranger Alex has been engaged with over three dozen musicals including professional, fringe and college and community environments. Locally he is MD in residence for Coastal Voices, a community choir in Bridlington and is working as a performing arts consultant at Scarborough College.

Alex also works as a director and has several musicals and pantomimes to his name, including five years developing a Bridlington summer season, writing and directing shows for the theatre and historic houses in the region. Lately he began as Artistic Director for Scarborough Theatre Company, championing an exciting first season including The Hunchback of Notre Dame this spring.

His composition work is varied and ranges from underscoring plays to film commercials and commissioned cabaret songs. His first musical (Happily Ever After?) will debut in York next year and there is a virtual concept album in production.