Your browser (Internet Explorer) is out of date. It has known security flaws and may not display all features of this and other websites. Click here to Learn how to update your browser.
Home › People › Andrew Pollard 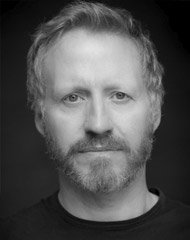 Andrew has developed and written Tom, Dick and Harry along with Theresa Heskins and Michael Hugo. He is extremely excited that, from a seed of an idea over 3 years ago, we are now able to actually see the show come to fruition.

For the New Vic: Around the World in 80 days, Talent, Diane of Dobson’s, The Ladykillers, Ghosts, Far from the Madding Crowd, Where Have I Been All My Life, Spring and Port Wine, The Admirable Crichton, The Rivals, Alphabetical Order and The Graduate, Educating Rita (co-production with the Dukes Theatre).