Your browser (Internet Explorer) is out of date. It has known security flaws and may not display all features of this and other websites. Click here to Learn how to update your browser.
Home › People › Andrius Gaučas 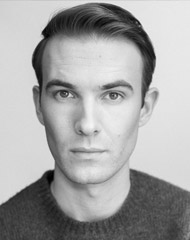 This is Andrius’ first appearance at the New Vic.

Theatre credits include: Hamlet, A Midsummer’s Night Dream, The Imaginary Invalid, The

As a professional dancer he has also appeared in many performances and Galas.

In 2017 Andrius started teaching improvisation and voice at Vytautas Magnus University as a guest lecturer.

Andrius is a Lithuanian actor living in London. After receiving classical training at Lithuanian Academy of Music and Theatre he began his acting career on stage at the National Kaunas Drama Theatre and in 2017 he completed his MA studies at East15 Acting School in London.