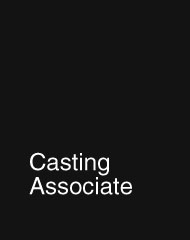 Over 50 plays for the New Vic including: Around The World In 80 Days, – winner of the Cameo Page to Stage Award at New Vic, Royal Exchange , UK Tour, New York and Florida, Produced by Kenny Wax Family Entertainment. The Snow Queen (winner of UK Theatre Award, Best Show for Children and Young People); The 39 Steps and Astley’s Astounding Adventures.

Other theatre credits include: The Worst Witch – Royal & Derngate, Northampton, which after a successful UK tour is transferring to the West End this summer. The Man Without A Past, The Giant Jam Sandwich, Harvest, The Lovesong of Alfred J Hitchcock, and others (New Perspectives); Pinocchio (Birmingham Old Rep); The Wizard of Oz (Pitlochry Festival Theatre); The Jungle Book (Northampton and UK Tour); Before The Party, Echo’s End, Aladdin (Salisbury Playhouse); Judgement Day (The Print Room); Precious Little Talent (Best Play at the London Theatre Festival Awards 2011 – Trafalgar Studios); Richard III, Macbeth, Othello (Ludlow Festival); Seasons for the Northcott Theatre Exeter and Bristol Old Vic including Henry IV Parts One and Two, The Notebook of Trigorin, Who’s Afraid of Virginia Woolf?, Antigone, The Beggar’s Opera, A Chorus of Disapproval, Betrayal (Bristol Old Vic).