Your browser (Internet Explorer) is out of date. It has known security flaws and may not display all features of this and other websites. Click here to Learn how to update your browser.
Home › People › Caroline Hetherington 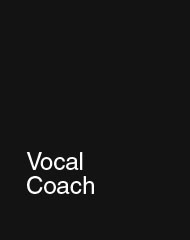 Caroline trained at Rose Bruford College and worked as an actress for many years including a European tour of Howard Barker’s Ursula: Fear of the Estuary with The Wrestling School and a physical theatre tour of A Midsummer Night’s Dream with six actors playing all the parts. She graduated from the MA Voice Studies at Central School of Speech and Drama in 2003 and has taught at many drama schools including LAMDA,Guildhall, East15,University of Minnesota, Birmingham School of Acting, MMU and LIPA.

She works in theatres across the country, on location for television and film, and privately with actors ,ESL speakers and businesspeople.

She is currently writing a book on NWaccents, in the How to do Accents series, published by Oberon.