Your browser (Internet Explorer) is out of date. It has known security flaws and may not display all features of this and other websites. Click here to Learn how to update your browser.
Home › People › Maxine Peake 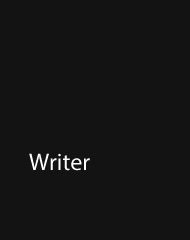 Maxine has previously appeared at the Royal Exchange in Happy Days, A Streetcar Named Desire, The Skriker, Hamlet, Miss Julie, The Children’s Hour and Rutherford And Son.

Other theatre work includes: The Masque Of Anarchy with Sarah Frankcom for the Manchester International Festival, How To Hold Your Breath and Mother Theresa Is Dead (Royal Court) as well as numerous performances including work at the National Theatre and the West Yorkshire Playhouse.

Film work includes most recently: Funny Cow, Peterloo, Private Peaceful, Run And Jump, Keeping Rosy, Svengali, The Falling and The Theory Of Everything.

Her writing career is equally successful – starting with her first radio play Beryl: A Love Story On Two Wheels which was broadcast on BBC Radio 4 and nominated for a Sony Radio Award, Beryl was adapted by Maxine into a stage play, and produced at the West Yorkshire Playhouse as part of the Tour de France Grand Départ.

Other writing work includes: My Dad Keith for BBC Radio 4, and The Last Testament Of Lillian Bilocca, staged as part of Hull UK City of Culture in Hull 2017.

She also wrote and directed Shattered, a Brexit short for The Guardian.