Your browser (Internet Explorer) is out of date. It has known security flaws and may not display all features of this and other websites. Click here to Learn how to update your browser.
Home › People › Polly Lister 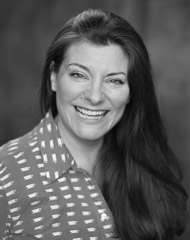 For the New Vic: Table, Votes For Women, Playhouse Creatures, The Snow Queen, The Borrowers, The Hundred and One Dalmatians, As You Like It.

At The New Vic: Di and Viv and Rose (Stephen Joseph Theatre, Scarborough)

Polly has spent a large part of her career in Rep. at Theatre by The Lake in Keswick – including: Abigail’s Party (which won her a UK Theatre Best Performance in a Play Award) Fallen Angels, Suddenly Last Summer, Dancing at Lughnasa, A Midsummer Night’s Dream, Memory of Water, Loot, The Blue Room, Hayfever, Our Country’s Good, The Recruiting Officer and A Chorus of Disapproval.

Her self-penned solo show I Was A Wife premiered at The Dukes Theatre, Lancaster in 2016 and toured nationally in 2017.

Radio credits Include: The Archers, The Ladies’ Delight, Aromatherapy, Tree Splitting, The Distance Between, Lulu, Something Blue (BBC Radio 4).

She is currently in development with Bakkhik Laik Theatre Company on Trial by Medea a solo version of Euripides Tragedy.

Polly trained at Manchester Metropolitan School of Theatre and with The National Youth Theatre.