Your browser (Internet Explorer) is out of date. It has known security flaws and may not display all features of this and other websites. Click here to Learn how to update your browser.
Home › People › Rhiannon Skerritt 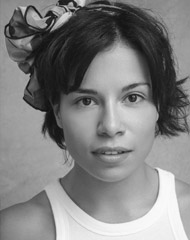 This is Rhiannon’s first appearance at the New Vic.

Other credits include: A soon to released video game where she was a motion capture artist and stunt performer.