Your browser (Internet Explorer) is out of date. It has known security flaws and may not display all features of this and other websites. Click here to Learn how to update your browser.
Home › People › Richard G Jones 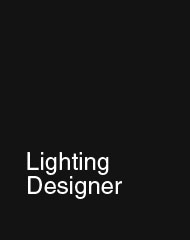 Numerous productions Richard has lit include: The Rubenstein Kiss, Journey’s End, Other Desert Cities, Good People, Noises Off, The Railway Children, The Collector, Venus in Fur, Breaking The Code, The York Mystery Plays, All Quiet on the Western Front, The Guinea Pig Club, Whiter Than Snow, Amy’s View, Behud, Twelfth Night, Chicken Soup with Barley, City of Angels, Good People, My Family and Other Animals, Bouncers, Death of a Salesman, The Hired Man, All My Sons, A Taste of Honey, Wind in the Willows and Peter Pan.

Richard lit the actor musician Broadway production of Sweeney Todd at the Eugene O’Neill Theater, for which won a Drama Desk Award for Outstanding Lighting Design. He was nominated for a TMA Theatre Award for Best Lighting Design for The Railway Children at the National Railway Museum as well as a DORA award for the Toronto production.