Your browser (Internet Explorer) is out of date. It has known security flaws and may not display all features of this and other websites. Click here to Learn how to update your browser.
Home › People › Simon Slater 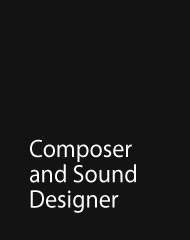 Simon, who is originally from Scarborough, is an Artistic Associate of the SJT.

He has composed original music for over 300 theatre, film, television and radio productions. He has composed the music for many SJT shows including Pinocchio, The Rise and Fall of Little Voice, A Brief History of Women, A (Scarborough) Christmas Carol, The 39 Steps, Build A Rocket, Alice in Wonderland, Stepping Out, Treasure Island, The Snow Queen and Jack and the Beanstalk.

Television includes: Inquisition (Channel 5), two series of Dalziel & Pascoe (BBC); Impact Earth (Channel 5). Simon has composed music for the forthcoming feature film My One and Only.

Radio includes: the award-wining The Blood Libel, Eight Days In July, The Look Of Life, The Report (BBC Radio 4).

As an actor, Simon has recently been seen in Mamma Mia!, Chariots of Fire (West End) and his award-winning one-man show Bloodshot (St James, London, Calgary, Chicago, Vienna and at the SJT in October). Simon was recently seen as Russ Faber in Holby City.