Your browser (Internet Explorer) is out of date. It has known security flaws and may not display all features of this and other websites. Click here to Learn how to update your browser.
Home › People › Will Tuckett 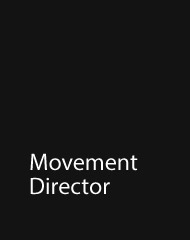 As well as choreographing for and performing as a member of the Royal Ballet for over 25 years,
Will is a multi-award-winning, internationally renowned director and choreographer, with work
performed and touring Europe, the USA, Canada, Japan and China.

He was made the first ROH2 Creative Associate for The Royal Opera House(2006), responsible for devising and delivering innovative work for new and family audiences. These have been seen within the Royal Opera
House and on tour, both in the UK and internationally.

In the commercial sector he has directed and developed work that includes the live shows of the BBC
series In The Night Garden, now touring for 13 years. His production of The Wind in the Willows was the first ROH show to commercially transfer into the West End, winning the 2014 Olivier Award for Best Entertainment.

He was the Clore Dance Fellowin 2008 which also involved a placement with Tipping Point, the
climate change charity.