A Series of Public Apologies…

Home › A Series of Public Apologies… 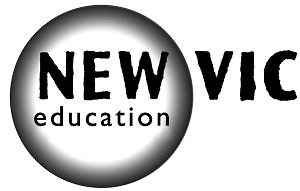 This summer, the New Vic Youth Theatre filmed a production as part of the National Theatre Connections Digital Festival 2021 – and this is your chance to see their work!

This satirical play is heightened in its naturalism, in its seriousness, in its parody and piercing in its interrogation of how our attempts to define ourselves in public are shaped by the fear of saying the wrong thing.

Presented quite literally as a series of public apologies this play is spacious, flexible and welcoming of inventive and imaginative interpretation as each iteration spirals inevitably to its absurdist core.

This is a play on words, on convention, on manners, on institutions, on order, online and on point.

Listen up on @BBCRadioStoke #CentreStage with @susan_hanks TODAY between 2pm and 3pm to hear Artistic Director of… https://t.co/xyl52jsYQ7