“"Maxine Peake's freewheeling tribute to a cycling legend" The Guardian”

Maxine Peake’s critically acclaimed first play – a warm and witty celebration of the life of unsung sporting legend Beryl Burton. A working class mum from Leeds, she cycled her way into the record books, becoming the greatest ever woman on two wheels. But her remarkable story was, largely, forgotten – until now!

Nobody expects young Beryl Charnock to amount to much. She never makes it to grammar school and, after a serious illness, is told to avoid exercise. Then she meets keen young cyclist, Charlie Burton, and finds herself smitten – not only with Charlie, but with the thrill and freedom she finds on her bike.

With husband and daughter at her side, the determined Beryl defies the world, embarking on a journey that leads to true sporting greatness. She dominates cycling throughout the 1950s, 60s and 70s, becoming five-time world champion and best British all-rounder for 25 consecutive years. And still makes it home in time for dinner! 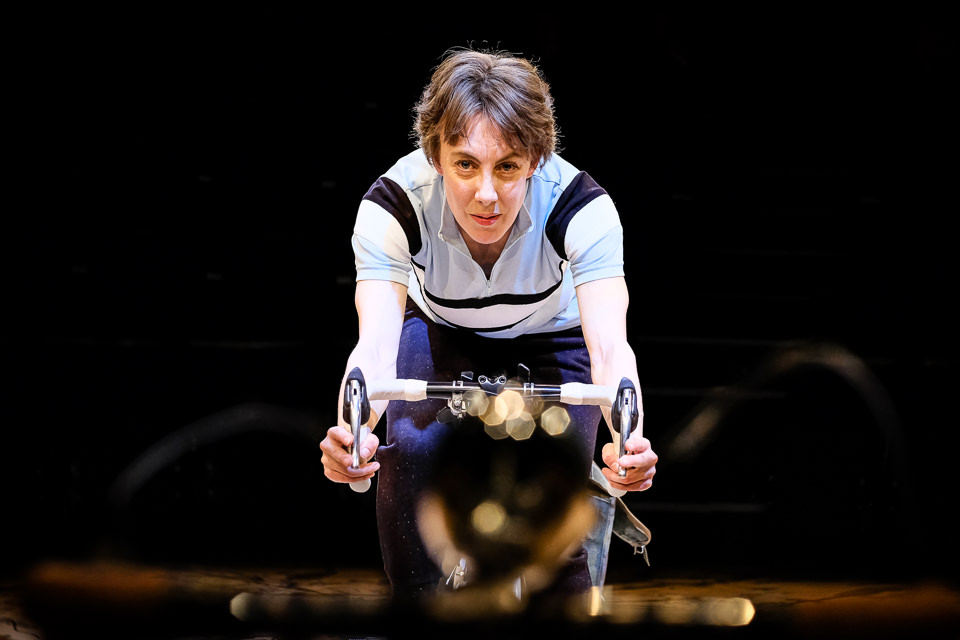 “Excellent - a most fitting tribute…”

“A gem of a production…”