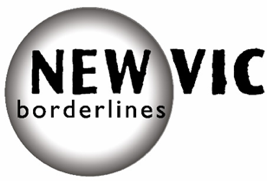 As part of the 75 anniversary of the Liberation of Auschwitz and United Nations Holocaust Memorial Day, New Vic Borderlines are presenting YIZKOR at the New Vic Studio.

‘The best play about the Holocaust that I have ever seen….accurate, moving, engaging and relevant’
Ruth-Anne Lenga Institute of Education
Head of Holocaust Education Development Programme

YIZKOR follows the experiences of two teenagers Ariella and Moshe between May 1939 and May 1944. The play has been created using words written in letters and diaries, witness and survivor testimonies of teenagers during the Holocaust. The words spoken are authentic and accurate.

Throughout the play the voices of Ibi and Waldemar Ginsburg, two Holocaust survivors who worked with us to develop the play are heard

The play is set in a Shtetl in Eastern Europe and allows audiences to gain and important insight into a way of life, a culture, a community that was all but wiped out as a result of the Holocaust.

Every audience member will receive an empty Yizkor Passport typical of the era. They can use the information on the back to discover about individuals and communities affected by the Holocaust and add details to the passport. In this way they can acknowledge respect and remember.

Following each performance there will be the opportunity to take part in a post-show discussion: read more about this year’s topic here