Queens of the Coal Age

Home › Queens of the Coal Age

Anne, Elaine, Dot and Lesley. Four ordinary women, facing the closure of their community. It’s 1993 and the Parkside Colliery pit may be winding down, but they’re not giving up.

Their bras stuffed with contraband, they take a tour of the pit and refuse to come up. Settling into the depths of the mine, making tissue roses and walking imaginary dogs, they face bribery and threats. But as they dig in, those up top start to realise these ladies are not for turning.

This powerful play full of Northern wit by Maxine Peake follows on from the critically-acclaimed Beryl, and tells the true story of four women taking a stand in the face of a changing world.

This play contains some swearing and brief smoking.

Please note: Due to cast illness, the role of Elaine will now be played by Lucy Tuck. 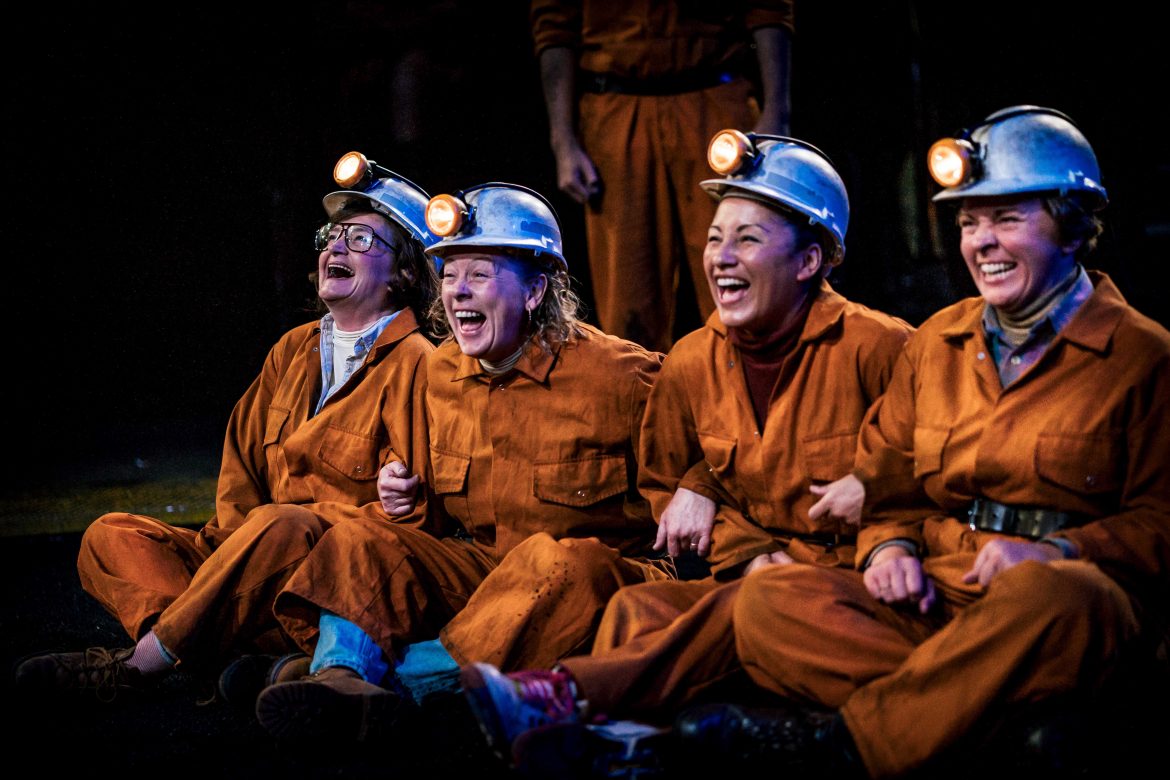 “Furious, funny and full of fire…”

“It's hard to pick out a stand-out performance. The four women are equally superb.…”

“It's a great story, told beautifully, about how normal, everyday people, can make a difference…”